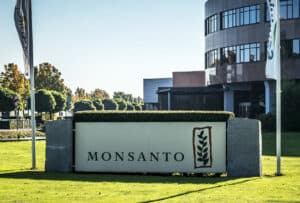 A Friedman Rubin, PLLP trial team led by Rick Friedman, Sean Gamble, and Henry Jones, obtained a $185 Million Dollar verdict today in the case of Erickson et. al. v. Monsanto. The case involved three public school teachers who sued Monsanto and its corporate successors for poisoning teachers, students and parents who attended Sky Valley Education Center in Monroe, Washington between 2011 and 2016. The three teachers were the first plaintiffs to reach trial against Monsanto from a group of over 200 teachers, students and parents exposed to leaking PCB ballasts in fluorescent light fixtures at the school. The verdict follows years of hard-fought litigation between Monsanto, now owned by Bayer Pharmaceuticals, and a group of parents, students and teachers who would not give up in their quest for justice.

The verdict announced today was more than requested by Friedman Rubin’s lead counsel, Rick Friedman. In closing argument, Friedman suggested, at minimum, that the three teachers be awarded $10M each and punitive damages of three times that award. The jury, however, found that damages should be set at a higher level. It awarded each of the teachers compensatory damages ranging from $15M to $18M. 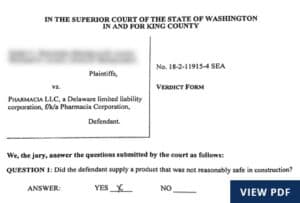 But that was not all. Friedman Rubin successfully argued that Monsanto was subject to punitive damages under Missouri law where Monsanto made its decisions, even though the case was litigated and tried in Washington state which does not provide for punitive damages in this type of case. The trial court agreed that Missouri law applied. Under the verdict applying Missouri law Monsanto will be punished for its decisions which led to the poisoning of hundreds of teachers, students and parents in Washington state. The jury awarded punitive damages of $45M for each of the three teachers to punish Monsanto for its reckless disregard of safety and to deter other manufacturers from repeating similar reprehensible conduct in the future.

Following the verdict Rick Friedman said: “This is a big step in holding Monsanto accountable for poisoning every man, woman and child in North America. If politicians won’t make Monsanto clean up its mess, juries will.”

This verdict has been covered by a number of news outlets:
– Jury awards plaintiffs millions in case over toxins found in Monroe school | king5.com
– King County jury awards $185M to 3 teachers who suffered brain damage from toxins at Monroe school | The Seattle Times
– Monsanto told to pay teachers $185M over chemical exposure (apnews.com)