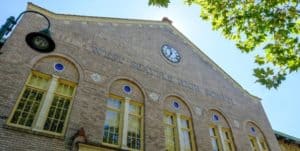 Friedman | Rubin attorney Cheryl Snow has given notice that a former student at West Seattle High School will bring suit against the School District for the actions of its girls’ basketball coach. The notice of claim alleges that the coach engaged in sexual misconduct against the student and other female basketball players.

According to attorney Snow, the sexual harassment and misconduct started in March 2017 when the student was a freshman on the West Seattle basketball team. It began with inappropriate electronic communication via Snapchat with the girl and other female players. It progressed to presents, private practices, and professions of affection and love. From March 2017 to February 2019, the coach’s sexual misconduct evolved from classic grooming behavior to illegal sexual contact at the school which included massaging, hugging, kissing, spanking and groping.

The claims alleged include sexual misconduct, harassment, and abuse by a school employee in violation of Washington law. It is further alleged that the school failed in its duty to protect its female basketball players and instead placed a heavy burden on that student to come forward to hold the coach accountable. The adversity faced by a high school student in disclosing sexual abuse by a popular coach was described by Snow as overwhelming and dreadful. She describes her client as brave and courageous for coming forward.

Snow further alleges that red flags pointing to the coach’s behavior were brought to the school’s attention by another player’s parent in March of 2018. Notwithstanding this knowledge, the school failed to adequately investigate the allegations or take corrective action. Instead, the coach was allowed frequent unsupervised and unfettered access to West Seattle High School’s weight room, gym, coach’s office, and locker rooms where he continued to hold private practices, coaching sessions, and “grade reviews.” A school district must “exercise reasonable care to protect its students,” and according to Snow, it failed in that duty.

There is evidence that the coach improperly communicated with other high school and middle school students during his tenure and there may be additional victims who have yet to come forward. Other victims may contact Friedman Rubin for a confidential interview. Witnesses who can corroborate evidence of grooming conduct or sexual contact by the coach should likewise contact the firm at (206) 501-4446 or info@friedmanrubin.com.