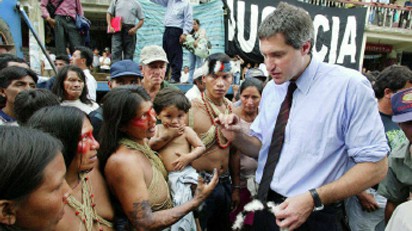 Steven Donziger with his clients in the Amazon in 1993.

30 Nobel Laureates* have signed a petition to bring attention to the plight of environmental lawyer, Steven Donziger, who has suffered under house-arrest for an unheard of eight-months.

Friedman Rubin is proud to be providing pro bono legal services to Steven Donziger, helping him defend against false attacks by Chevron’s and its allies, while he helps Ecuadorian inhabitants of the Amazon collect on their court judgment requiring Chevron to clean up the pollution it intentionally left in the jungle. Donziger and his Ecuadorian colleagues have faced a sustained legal assault by Chevron and its army of lawyers and operatives after winning a $9.5 Billion judgment in 2011 against the company and its predecessor, Texaco, for despoiling sections of the Amazon rain-forest with oil waste. Donziger has spent almost his entire career seeking environmental justice for his clients and the last nine years fending off Chevron’s attacks on the hard won judgment and upon him personally.

Donziger has refused to give up the fight to see justice done on behalf of the Amazonian victims. He is a tremendous advocate and champion, but he is only one man. Chevron and its powerful allies pursued various charges to discredit Donziger over the last decade. Most recently, they brought “contempt” charges against him after he refused to turn over confidential client communications on his computer and phone, something no ethical lawyer ever wants to do. For this charge of contempt, Donziger has been placed under house arrest for an unheard of eight months — far longer than the longest sentence ever imposed on a New York lawyer for any contempt. He now finds himself and his family nearly destitute from Chevron’s ongoing attack. According to one of the oil company’s hired PR firms, Chevron’s long term strategy is to “demonize Donziger.” 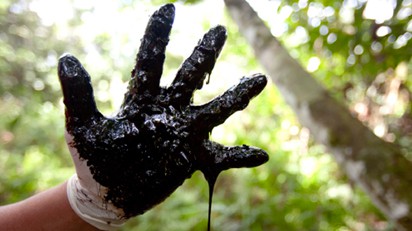 Please join with us and 30 Nobel Laureates to support Steven Donziger in his quest for environmental justice. His fight is our fight.

Please visit makechevroncleanup.com to demand the U.S. Department of Justice and Members of the U.S. Congress take action.