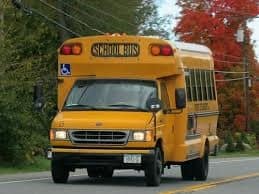 Friedman | Rubin attorney Cheryl Snow has given notice that the family of a 7 year-old girl will bring a lawsuit against the North Kitsap School District for negligence in assigning a physically aggressive boy to a school bus for special needs students where he sexually assaulted the young girl on multiple days in December, 2019.

R.B. is seven years old. She has significant cognitive impairment, physical disabilities, and is non-verbal. R.B, attends Gordon Elementary in Kingston, WA, where she is in the second grade in a Special Education Program.

In December of 2019, R.B. rode a North Kitsap School District special education bus to and from school.

The next day, on the afternoon of December 3, 2019, when the bus dropped R.B. off at her home, the bus driver told the grandmother that R.B. had again undressed from the waist down. The driver described discovering R.B. naked from the waist down after a male student reported that she had taken off her clothes. He told the grandmother that when he checked on R.B., he found that her shoes, socks, leggings, and underpants were off. The bus driver claimed that he had not seen how this occurred.

R.B.’s grandmother brought her into their home and removed R.B.’s clothing. She collected R.B.’s underwear, diaper pad, and some wipes that she had used to clean R.B.’s privates and brought R.B. to the hospital for a sexual assault examination and reported the incidents to Gordon Elementary School Principal.

The action of the North Kitsap School District of removing a male student because of a pattern of concerning behavioral issues and placing him on a bus for special needs students is particularly troubling considering the School District’s recent settlement in a lawsuit involving similar misconduct – a student, who had been removed from his bus and placed on a special education bus, sexually assaulted three special needs students on that bus.