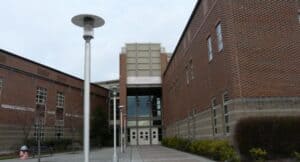 Friedman | Rubin attorney Julie Kays has filed suit on behalf of a former student at Ballard High School against Seattle Public Schools, alleging the district failed to protect her from the “reasonably foreseeable dangers” of being attacked in an unsupervised, all-gender bathroom. The lawsuit also claims the school district did nothing to support or protect the then 18-year-old senior after she reported the assault to Seattle police. Instead, a faculty member accompanied the student’s assailant, star football player Demonte Rigney, to court when the victim was seeking a sexual-assault protection order (SAPO) that led to Rigney’s removal from Ballard High School, according to Kays. “I was floored, absolutely floored that a member of the high school faculty would show up at a SAPO hearing and rally around the assailant,” said Kays, who represented the student victim at the hearing. “It was devastating for my client and her family.”

Gender-neutral bathrooms are intended to support transgender and gender nonconforming students, and research from the UCLA School of Law in 2018 found there was no link between transgender rights laws and crimes taking place in bathrooms. A 2019 study found that transgender and gender-nonbinary teens are at greater risk of sexual assault if their schools deny them access to bathrooms or locker rooms that match their gender identity. The lawsuit asserts that Ballard High’s bathroom was unsafe regardless of gender. “Unsupervised, unmonitored and poorly designed bathrooms at schools are notorious for providing a secreted location for misconduct, bullying, assault and sexual assaults,” . . . “Washington Courts have long held that an unsupervised and unmonitored bathroom presents a general field of danger for students that schools must protect against.”

In the criminal case against the student’s attacker, Rigney was originally charged with third-degree rape. But after reaching a plea agreement with prosecutors, he pled guilty in September to the lesser charge of fourth-degree assault with sexual motivation, a misdemeanor, court records show. He was convicted of the same crime in 2015 when he was a juvenile and sentenced to six months of community supervision, according to court records. Now 21, Rigney admitted he intentionally assaulted the woman “by touching her without her consent for the purposes of my sexual gratification,” says his guilty-plea statement. In October, he received a 364-day suspended sentence, two years of unsupervised probation, and was ordered to complete 24 hours of community service, according to court records. He was also ordered to participate in a boundaries and consent program and provide proof of completion, the records say.

Kays said that at Rigney’s sentencing, school administrators and a security guard all spoke on his behalf. “No one is expressing any empathy for the victim of a crime of violence that occurred on campus,” she said. “The district couldn’t have handled it any worse.”

Now a college student, Kays’ client was harassed and followed to class by Rigney’s friends following the rape, the lawsuit says. The suit alleges the school district was negligent in upholding its “special protective relationship” to students to protect them from reasonably foreseeable dangers, failing to implement design and safety measures to protect students in all-gender bathrooms, and inflicting emotional distress on the victim.

According to the lawsuit and court records in the criminal case against Rigney, he lured the woman to the bathroom on March 28, 2018, under the guise of urgently needing to talk to her. Once inside the bathroom, Rigney used his body to block the door and raped the woman; she told her parents about the attack that evening and they called Seattle police, the records say.

Police later found semen on the bathroom wall and DNA from the sample matched Rigney’s DNA, according to the lawsuit. The woman is seeking unspecified general and special damages and payment of attorney’s fees, according to the suit. Kays said her client continues to be fearful about being alone with a member of the opposite sex. “It’s really impacted her, psychologically and emotionally. Talking about it is very painful,” Kays said. “She really wants the school district to rethink this (all-gender bathrooms) and design it so they’re safe. That doesn’t seem too much to ask.”

For more information, see past news reports on this incident from Seattle Times and Kiro7.