In 2008, a jury returned a verdict in favor of the families of two women killed in the collapse of a building in the 2003 San Simeon Earthquake, saying the building owners were negligent in failing to reinforce it. The owners of this building, which housed several retail shops in the town of Paso Robles, California had received an engineering report that the building was unsound, and would be dangerous in an earthquake. The report recommended that retrofitting work be done to ensure the safety of customers and workers in the shops, but the owners did not follow the recommendations.

Jennifer Myrick, 20, and Marilyn Frost-Zafuto, 55, died while trying to flee a dress shop in the unreinforced building during a magnitude-6.5 quake. In finding for the plaintiffs, the jury decided that the property owners were responsible for the building and were negligent in its maintenance and operation. Following the verdict, the parents of Jennifer Myrick said they hoped it would set an example for other owners of unreinforced buildings. Indeed, the extraordinary verdict is believed to be the first case in California holding a building owner liable for personal injuries sustained in an earthquake. There was significant publicity following the verdict and successful appeal. See, 185 Cal.App.4th 1082 (June 2010).

The Myricks have worked tirelessly to tighten legislation regarding such structures. Their efforts led to the passage of the Jennifer Lynn Myrick Memorial Law or “Jenna’s Law” requiring owners of unreinforced masonry structures to post warning notices. Their legal and legislative efforts have encouraged California building owners and their insurers to be proactive in retrofitting dangerous masonry structures in earthquake zones throughout California and beyond.

Rick Friedman and Friedman | Rubin had the honor of representing the Myrick family and bringing about positive change in California. Much to the firm’s surprise, the Myrick family has honored us with the presentation of the “Jennifer Myrick 2012 Justice Advocacy Award” and a testimonial letter: 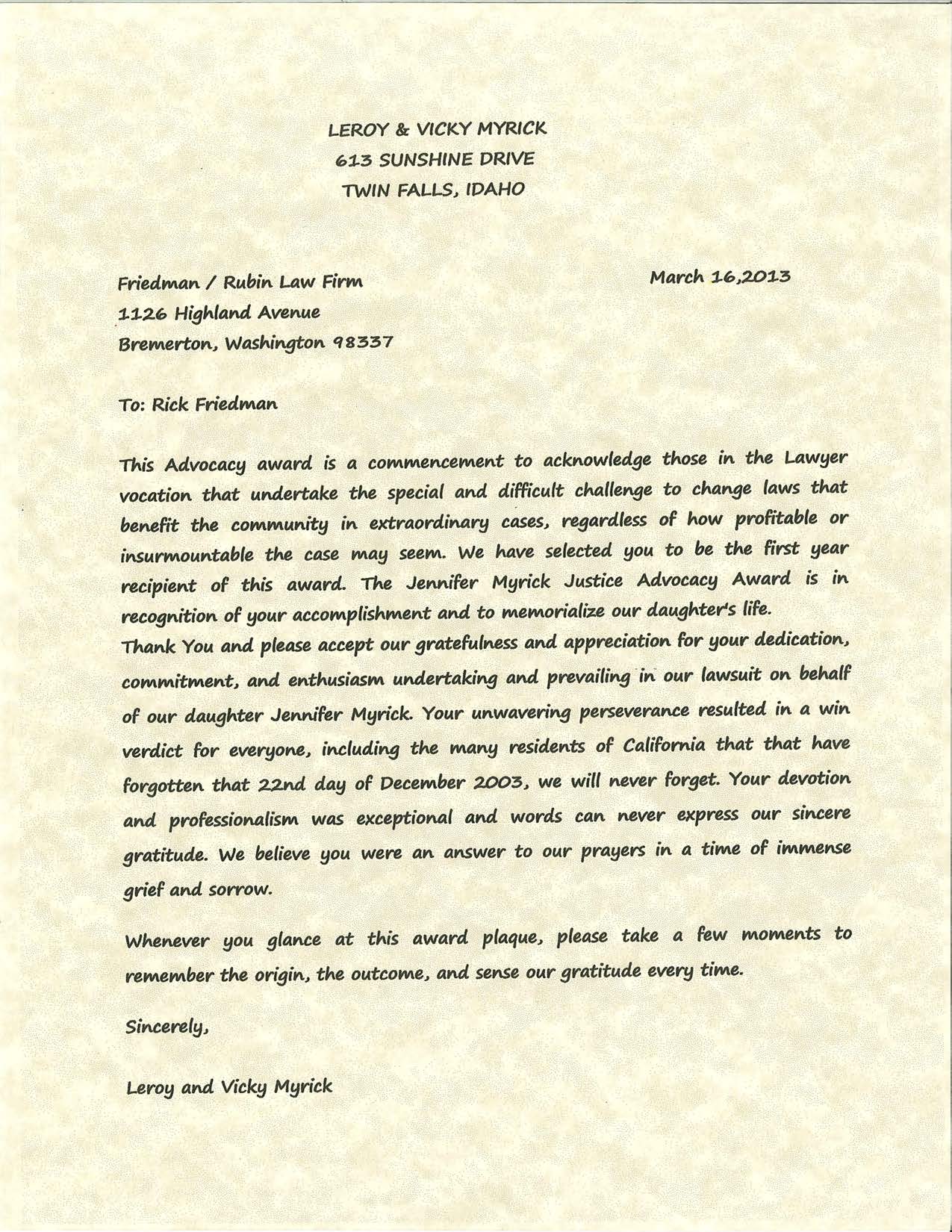 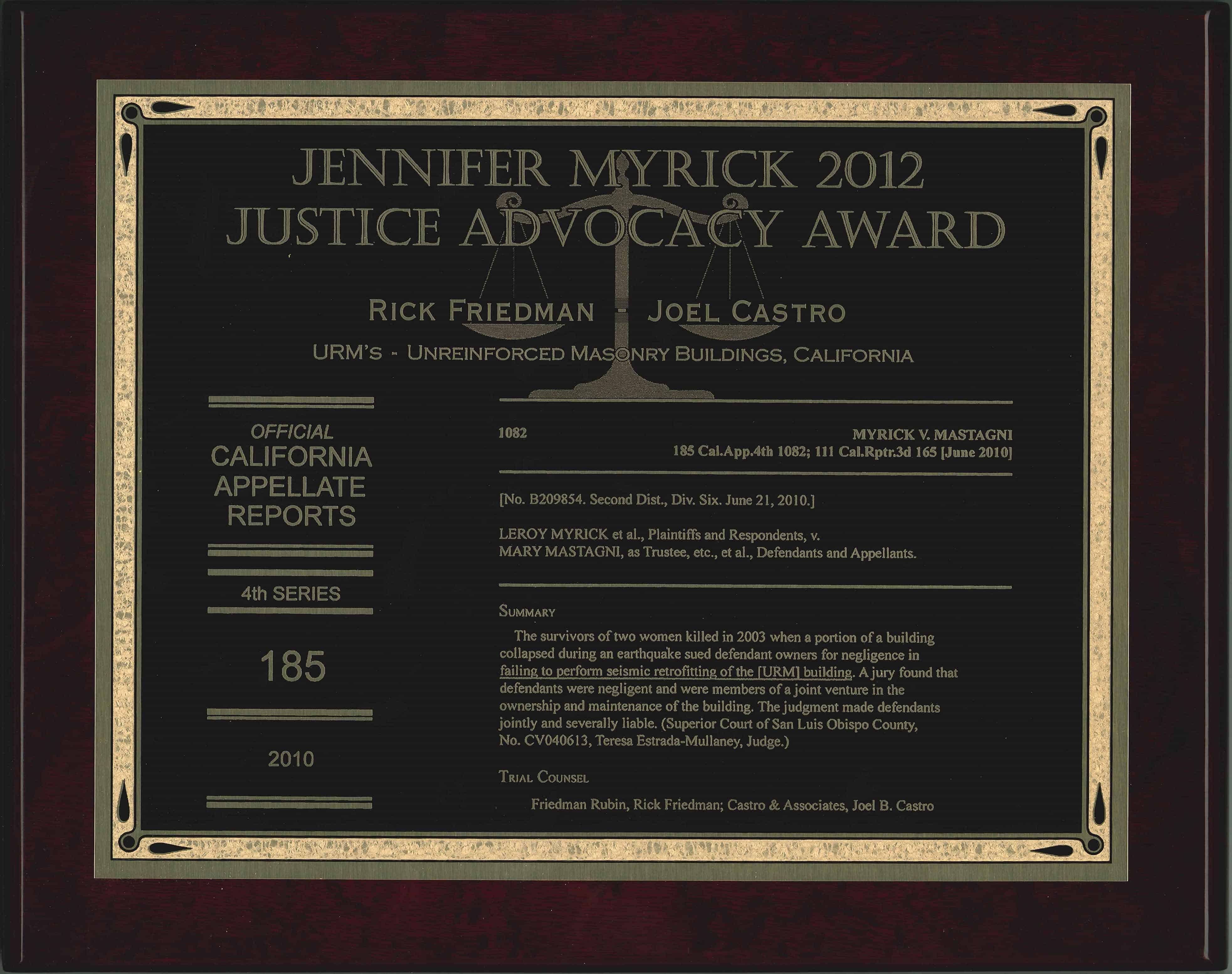 We sincerely thank the Myrick family for this tribute.