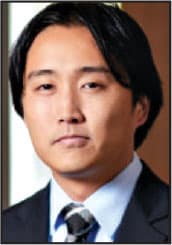 This article was reposted from the June 2021 issue of Trial News, the monthly newspaper of the Washington State Association for Justice.
https://www.trialnewsonline.org/trialnews/june_2021

As silly as that question might sound, the U.S. Supreme Court recently considered a variation of that question in two consolidated cases: Ford Motor Co. v. Montana Eighth Judicial District Court and Ford Motor Co. v. Bandemer.1 One case arose out of Montana and the other arose out of Minnesota, but the relevant facts were the same. In each case, a state court held that it had jurisdiction over Ford Motor Co. in a products liability lawsuit stemming from a car accident. The accident happened in the state where the lawsuit was brought. The victim was a resident of the state. Ford did extensive and substantial business in each state, including advertising, selling, and servicing the car models at issue in each lawsuit. Nonetheless, Ford argued that the state courts had no jurisdiction over it because the particular car involved in the crash was not first sold in the forum state, and it was neither designed nor manufactured there.

In making its arguments, Ford relied heavily on two of the Supreme Court’s most recent personal jurisdiction cases: Bristol-Myers Squibb Co. v. Superior Court of California2 and Walden v. Fiore.3 Both cases had meaningfully narrowed the scope of personal jurisdiction for plaintiffs seeking to sue out-of-state defendants, and Ford wanted to use the Supreme Court’s recent decisions to narrow that scope even further. Ford may have felt confident pushing the boundaries of the law given that Walden was a unanimous 9-0 decision, and Bristol-Myers was almost as lopsided at 8-1 (Justice Sotomayor being the lone dissenter).

Other recent Supreme Court cases such as Daimler AG v. Bauman4 and Goodyear Dunlop Tires Operations, S.A. v. Brown5 had established a trend of opinions increasingly restricting personal jurisdiction. There appeared to be little, if any, resistance among the justices to steadily narrowing personal jurisdiction further and further. Goodyear was a unanimous 9-0 decision, and Daimler had all nine justices in agreement on the judgment (Justice Sotomayor filed a lone concurrence). As if to illustrate the unity of the Court on these matters, Justice Ginsburg authored one unanimous 9-0 decision (Daimler), and Justice Thomas authored the other (Walden). Ford had reason to feel good.

Yet apparently, Ford’s arguments were a bridge too far for the entire Court. In a stark reversal, the Court unanimously agreed, 8-06 , that Montana and Minnesota had personal jurisdiction over Ford. Although the justices could not agree on a single opinion, all of them emphatically rejected Ford’s arguments. Justice Kagan, writing for five justices and the Court, noted that “this Court has used this exact fact pattern (a resident-plaintiff sues a global car company, extensively serving the state market in a vehicle, for an in-state accident) as an illustration—even a paradigm example—of how specific jurisdiction works.”7 She refused to acknowledge that the question was at all close, declaring that Bristol-Myers and Walden “stand for nothing like the principle Ford derives from them.”8 According to the Court, it could “resolve these cases by proceeding as the Court has done for the last 75 years.”9

The concurring opinions were no kind¬er to Ford. Justice Alito wrote that both cases “can and should be decided without any alteration or refinement of our case law on specific personal jurisdiction.”10 He described Ford’s reading of the law as “unprecedented” and considered the standard for personal jurisdiction “easily met here.”11 Justice Gorsuch (joined by Justice Thomas) observed that “[t]he parties have not pointed to anything in the Constitution’s original meaning or its history that might allow Ford to evade answering the plaintiffs’ claims in Montana or Minnesota courts.”12

If Ford’s vision of the law had prevailed, plaintiffs would have been severely hampered in being able to bring products liability lawsuits. In today’s economy, it is rare for consumer products to be designed, manufactured, and sold directly to end-user customers within the boundaries of a single state. Many times, the design and manufacture of a product is spread out all over the world, and the product itself passes through several intermediaries in different locations before arriving at the customer’s doorstep. Under these circumstances, most plaintiffs injured by defective products would have been unable to bring suits against manufacturers in their home state, even if they had purchased the product in-state based on advertising they viewed in-state. They would have had to go abroad to seek justice.

And per Ford’s analysis, there was no apparent limit to how finely a defendant could slice the relevant conduct to negate jurisdiction. For example, would Ford have accepted jurisdiction in Kentucky where the vehicles were assembled? If the claim were for design defect, one could easily imagine an argument that Kentucky was not a proper forum because the product was designed in Michigan. Or what if the car had stayed in North Dakota or Washington? Would Ford have accepted jurisdiction? Or would Ford have argued that, because the plaintiff bought the car secondhand from a third-party, Ford had not engaged in any particular conduct in those states that led specifically to the injury at hand? In many cases, Ford’s reading of the law would have limited suit to the manufacturer’s state of incorporation or the state where it keeps its principal place of business. Specific jurisdiction would have been a dead letter.

Fortunately, the Court’s holding conclusively rejects these scenarios and will hopefully diminish, if not stop, what has become a common practice of out-of-state defendants routinely filing motions to dismiss to avoid jurisdiction in this state. More fortunately still, the Court does so by relying on the existing analytical framework that it established in International Shoe Co. v. Washington13 and developed in subsequent cases. This means that parties can continue to rely on those cases, secure in their authority, rather than having to learn a completely new approach to analyzing personal jurisdiction. While the Supreme Court has not been favorable to plaintiffs on personal jurisdiction in recent years, this latest opinion can be considered a clear departure from that trend.

Ron Park, EAGLE member, is an associate at Friedman | Rubin PLLP in Seattle.